Note: Pat Alderman's research for a book on this region's history was instead converted into a historical anthology with excerpts primarily focused on events and memorable humans from the days of the colonies and early United States.

Note: Each chapter provides directions for a driving tour with interesting descriptions of the area's notable history covered during the drive.  The book covers all of East Tennessee, including Knoxville, Chattanooga, and the areas in between. Many of the driving tours are on Northeast Tennessee.

Note: Same as Above, but on Western North Carolina.

Note: A well-written and highly informative natural history of the Southern Appalachians. The book begins with descriptions of the many cycles influencing the Southern Appalachians, to include their geologic formation, before going into greater detail on the area's ecology by dividing the book into chapters describing each season. I highly recommend this book to anyone interested in the natural setting of the hikes described by this site.

Note: A concise, award-winning & readable scholastic work on the history of Appalachia.

Note: A brief history on Roan Mountain written by Jennifer Bauer, who worked at Roan Mountain State Park for 21 years before becoming Sycamore Shoals State Historic Site's park manager. In addition to being a history, this work is also a combination of natural history and travelogue.  In particular, Jennifer Bauer presents great information on Roan Mountain's ecology, the mountain's iron and lumber industries, Colonel John T. Wilder, and the Cloudland Hotel.

Mount Mitchell and the Black Mountains: An Environmental History of the Highest Peaks in Eastern America by Timothy Silver
ISBN: 0807854239

Note: An excellent scholastic work on the  environmental history of nearby Mount Mitchell and the Black Mountains. Timothy Silver has walked the Black Mountains often and each chapter begins and is segmented by entries from his journal, making the work a mix of nature-writing and history. The history spans from the formation of the Appalachian Mountains to present times, with a primary focus on the relationship between the mountains and humans. While the history is specific to the Black Mountains, esp. in regard to the story of Elisha Mitchell, the Upper Unakas share a similar story, like in the loss of the American Chestnut.

Strangers in High Places: The Story of the Great Smoky Mountains by Michael Frome
ISBN: 0870498061

Americas First Western Frontier: East Tennessee: A Story of the Early Settlers and the Indians of East Tennessee
by Brenda Callaway
ISBN: 0932807348

Note: A work on Northeast Tennessee's early history, in particular the relationship between the Cherokee and the Colonists. The work presents very good information on the area's natural history and on the Cherokee.

Appalachians and Race: The Mountain South from Slavery to Segregation edited by John C. Inscoe
ISBN: 0813121736

Note: A collection of scholastic articles on the history of race in the Southern Appalachians from slavery to segregation. This collection casts off the shroud of a racially-pure Mountain South to reveal a much more complex history of race relations between Blacks and Whites. A few of the essays are specifically on East Tennessee.

Note: A short but pretty informative biography on Daniel Boone. This work covers the breadth of Boone's life, with chapters two - five describing some of his regional exploration and the building of the Wilderness Road from the Sycamore Shoals through the Cumberland Gap.

Note: This scholastic work is both a general biography and a historical review of previous literature depicting John Sevier. This work presents very good information on previous literature published on John Sevier, the commemoration of the Battle of Kings Mountain over the years, the "Lost" State of Franklin, and John Sevier's largely hostile relationship with Andrew Jackson. 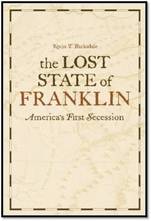 Note: A scholastic history on the failed attempt at statehood by the early settlers of what would become Tennessee. This work presents excellent information on the 'Lost' State of Franklin, in particular on the very violent relationship instigated by Franklin upon the nearby Cherokee who stood in the way of their land interests. Kevin Barksdale also presents good details on the region's history prior to its failed attempt at statehood, Franklin's internal factions, North Carolina's actions in ending the secession, Franklin's attempts at maintaining their independence, including negotiations to possibly become a Spanish protectorate, and attempts at recreating Franklin in the years leading up to the Civil War.

Note: A scholastic history on the community of Cades Cove from its founding in 1818 until the community's death with the creation of Great Smoky Mountains National Park. As a direct heir to the Oliver family, Durwood Dunn had access to an awesome array of primary documents and this work presents excellent descriptions of the cove's social and economic life. Settled by folks from Carter County, Cades Cove is located in the Great Smoky Mountains National Park, south of the region described by this site; however, the community of Cades Cove shares a similar, though not identical socioeconomic history with other communities in the Southern Appalachians and in particular with it's close neighbors in the Unaka Mountains.

The Cherokee Nation and the Trail of Tears (Penguin Library of American Indian History) by Theda Perdue and Michael Green
ISBN: 0143113674

Note: A short history mainly focused on the struggles faced by the Cherokee as they fought the policy of Indian Removal in courtrooms, and then on their subsequent removal known as the Trail of Tears. The book also provides a brief general history and description of the Cherokee prior to the events leading to their forced expulsion.  This book is not on Northeast Tennessee, but is on the people who claimed it as their own for a time.

Note: A collection of scholastic essays on Southern Appalachia during the Civil War. Many are on East Tennessee in particular. Good information on the asymmetrical nature of the Civil War in the Appalachians.

Note: A scholastic work focused on the often violent struggle for power between Unionists and Secessionists in East Tennessee leading up to the Civil War, through the military occupation by both Confederate and Federal forces during the Civil War, and continuing to the end of Reconstruction. 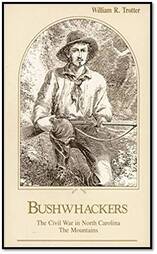 Note: A scholastic work focused on the often violent struggle the Confederacy faced to maintain order in the western North Carolina mountains. A lot of good information on the Thomas Legion, including the unit's deployments and battles in East Tennessee and many local stories handed down of the region's strife, the deadly violence of neighbor vs neighbor. 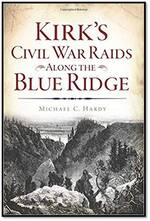 Note: A scholastic work focused on the War of the Rebellion in the border counties of Tennessee and North Carolina from Sevier and Haywood counties north to Johnson and Ashe counties, with a particular focus on the cross border conflicts. Good information on the Civil war graves located on Coldspring Mountain near the Appalachian Trail, as well as good stuff on the Limestone Cove Tragedy. 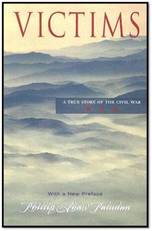 Note: A short but informative scholastic work on the Shelton Laurel Massacre. This work presents excellent information on Lawrence Allen, James Kieth, and Henry Heth, the Confederate commanders responsible for the extrajudicial killings of 13 Union Supporters at Shelton Laurel in Madison County on 19 January 1863.

Note: A short but informative scholastic work on the 13th Tennessee Cavalry (Union) during the Civil War. The work also provides an excellent account of the Bridge-Burnings and the Limestone Cove Tragedy. Pilot Daniel Ellis and many of the bridge-burners would later serve in the 13th Tennessee Calvary. Additionally, the book has great photographs, including many of the 13th Calvary taken at reunions held in Butler, TN. 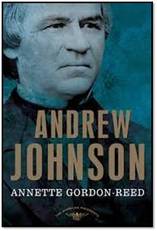 Note: A scholastic work on the industrialization and urbanization of the Tri-Cities from 1900 - 1950. This work offers a lot of great information on the Tri-Cities' development, esp. on the development of Kingsport and the rayon factories of Elizabethton. Despite focusing on the years from 1900 - 1950, this work presents very good information on the region's industrial history prior to 1900, in particular on the iron ore being mined and processed from Bumpass Cove by the Embree Family. 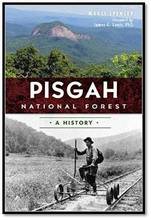 Note: A history, natural history, and travelogue of Pisgah National Forest. This work presents excellent information on the region, including Roan Mountain, Linville Gorge, the Birthplace of Forestry, and the Upper Unakas. The chapter on the Appalachian Ranger District is particularly good and includes a description of the hike along the Appalachian Trail from Songbird Mountain to the Nolichucky River Gorge, passing through Hot Springs and over the Bald Mountain Zone.

Note: A collection of articles on the near-mythical recording session conducted in 1927 by Ralph Peer for Victor Talking Machine Company at Bristol, Tennessee, launching the careers of Jimmie Rodgers and the Carter Family. 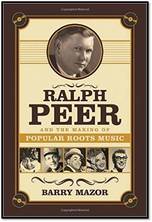 Ralph Peer and the Making of Popular Roots Music by Barry Mazor
ISBN: 1613740212

Note: A biography on Ralph Peer, an innovative A&R man and publisher, who was an important player in the development of popular American Roots Music. Ralph Peer is credited with bringing artists such as the Carter Family and Jimmie Rogers to national attention, while helping to create the sound of popular roots music, an adaptation of America's many different regional folk music traditions. Chapter three is specifically on the Bristol Sessions. 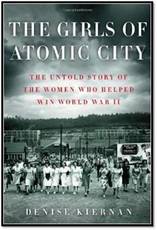 The Girls of Atomic City: The Untold Story of the Women Who Helped Win World War II by Denise Kiernan
ISBN: 9781451617528

Note: This history is on the secret race to develop the atom bomb during World War II, told primarily through the lens of a handful of women who worked at Oakridge, TN. The women interviewed came from various walks of life and different parts of the country, including the surrounding area. Women at Oakridge were employed in a variety of different occupations. A number of these occupations were considered men's work, but with many of the men serving overseas in combat, women proved themselves more than capable. None were given a clear picture of what they were working on until the bombing of Hiroshima. This book also presents excellent details on Oakridge's development, like on the Y-12 plant ran by Eastman. 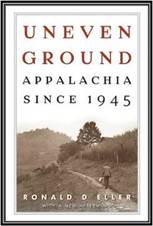 Note: A scholastic work on the political history of economic development in Appalachia since 1945. Uneven Ground generally focuses on eastern Kentucky, southern West Virginia, and to a lesser degree southwest Virginia, all impoverished regions with a long history of coal-mining. The East Tennessee described in this work is often further west than the region described by this site, but there is good information on the Appalachian Regional Conference (ARC) and the organization's prehistory. Ronald Eller describes how the strategy of ARC, esp. in building highways contributed to the growth of cities within Appalachia like Johnson City, Bristol, Harlan, and Pikeville, deliberately at the expense of smaller nearby communities.

Note: Eloquent biography of Ray Hicks, a National Heritage Fellow and legendary storyteller from Beech Mountain, NC. In telling the story of Ray Hicks and the Hicks family, Robert Isbell presents excellent information on how Appalachians residing in the hollows and other rural areas on the periphery of the bigger communities like Boone, Elizabethton, and Johnson City lived their lives during the last century.
Powered by